So Chief results just came in and you heard the great news that your spouse has been selected! Hooray and Congratulations are in order all around! After all, it is also due to your support and team building skills that made this day possible for your spouse.

The process for Chief Petty Officer selectee induction is an honor unparalleled among any branch and across the globe. It is this rite of passage that separates the tried and true leaders from an E7 with a bumped up paycheck. Although much of the process has been changed over the years (No alcohol or hazing is tolerated) the honor and distinction of being pushed to one’s limit, being tested and found worthy has deep resonance within the ranks.

Have a celebratory dinner with the kids (or not), one last bout of “Good Loving”, and get ready for the roller coaster ride that is the great Navy tradition of Chief Petty Officer Induction. You will know it by the title “CPO 365”, which means that first classes are being prepared to take on the role of leadership for the year leading up to this moment. Here are some tips for survival and things to keep in mind for you and your kids during this time.
1. Anchors Aweigh !

It is helpful think of this as another deployment, with the exception that you have the joy of doing a sea bags worth of laundry every other day. Do not expect your husband or wife home for dinner or for that play you had tickets for since January. While they are not forced to forgo family time when it is really important, their attention is going to be very focused on the coming weeks. Just like an actual deployment or underway, they are emotionally and physically unavailable to take normal moments with family at this time. It’s not that they are ignoring you, but they need literally every single minute of the day to focus on their task at hand and their team of other selectees.

2. The Human you thought you married will now seem like A Fouled Hot Mess.

They might come home after 10, and look like something the cat dragged in, chewed up and spit out behind the couch one month later! They will be babbling incoherently about “charge books”, their minds like Swiss cheese and their ego a shriveled up little wad of receipt in the dryer lint trap. This is normal. Give them some leftover pizza and pat their head. It’s going to be a good long time before they can speak in a complete sentence without second guessing themselves.

3. It is normal for your Spouse to feel stressed to the Max.

Situation: You and the kids just came home from watching a great Disney flick at the matinee. The kids are joyful and happily reenacting an adventure scene by stacking the couch cushions into pirate ship formation, and you are preparing sandwiches when your spouse shows up unexpectedly, looking haggard, bewildered, cross, and crying. The Mama Bear (or Papa Bear) comes out in you and you want to go hunt down whoever has been “mean” to your husband or dared to yell at your wife in such a manner! “No one makes my honey cry but me!” you yell indignantly, all hot and ready to fire off a letter to their CO.

Here’s where you: BREATHE; Let them have their moment of frustration, and trust in the process. They aren’t rehearsing for a play or to be a contestant on the Voice. They are being trained to be leaders who will be under insurmountable pressure in war and have to make critical decisions for their Sailors to keep them out of harm’s way. A good Navy Chief friend of mine said it best:

“During the span of a year, a Navy Chief has approximately 45 REALLY bad days. Days where you don’t know which way is up, and feel you are in the white water rapids tumbling cycle, without sun or air or direction. During the initiation process, we string all those bad days together.”
The primary purpose is to push the selectee to learn the leadership skills necessary to make snap judgments trust their fellow Chiefs and make muscle memory decisions even in the face of great fear and stress. The ability to push past fear and re-engage critical thinking skills in the face of danger is what is going to save your spouse’s life and the life of the Sailors he/she is charged with.

4. I heard they have weird rituals and hazing.

Not anymore. Many a salty Sailor loves to talk about the gross trough of gruel they were forced to ingest alongside their fellow selectees or the amount of PT they had to endure when the team failed a test or failed to work together. (My wife lost a good 10 lbs and probably gained 5 pounds of extra muscle during her induction period!) While many older Chiefs lament losing a lot of the old portions of induction that they felt was a strong part of bonding and trust building, the new CPO 365 still carries the message, but streamlines past some of the shenanigans of yore that may have veered off course from its original intention of character building. Trust that each task they are assigned to serves a bigger picture purpose. Undermining this process by complaining to your spouse about the value of these exercises will deflate your Sailor, not build them up. Rites of passage are not meant to be a walk in the woods to Grandma’s house. It is crucial they are allowed to push through this.

5. What the Hell am I supposed to do during this time?

The best way to be helpful during this time of crazy-making is to take care of yourself and your kids. Make sure you have a support network of friends, or wineries and spa packages to get you through the rough spots and fallow periods of communication. Use this as a great opportunity to get together for support and commiseration with the other selectee spouses. These might be some powerful new friendships you are forging.

6. Nothing says “Love” Like Leftovers! You will never see my kitchen featured in a magazine. I have lived with small people for too long and the gene for “tidiness” must have been recessive, along with “organized”. Most of the time my kitchen doubles as a Science Laboratory for my 9 year old daughter’s experiments, and dining table has been commandeered for arts and crafts. 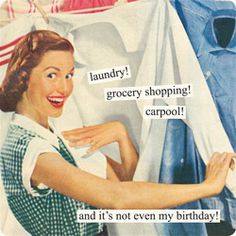 Since you never know when they might be home for dinner, it is a true blessing to have meals you have made ahead of time (these are lovingly called “leftovers”) ready to re-heat when they get home. Having clean laundry and knowing the general state of the house and kids are taken care of is one less stress riding on their shoulders during this. Your husband or wife will be SO thankful for this gesture, showing your support of them.*If you want to add a special note of encouragement or poster from you and the kids, that just might carry them through the rest of this season.

While your spouse may not be able to be there for celebrating milestones like “baby’s first steps” or Jennie’s riveting gymnastics routine, utilize the power of your phone by recording as much as you can of these special moments and compile them into a video as a gift. Animoto does a fantastic job at making a very easy “drag and drop” way of creating a spectacular video with music that makes you look like a tech guru! www.animoto.com . It’s also free.

7. While they are earning their anchors, it is time to buoy your spirits

Reaching for your own passion and personal goals are a survival Must Do! I have seen this in my own life as well as the health and well being of my brother and sister mil spouses. If I let go of my own goals and only serve as a prop for my children and spouse’s success, I become a bitter, bitter, snarly curmudgeon curled up behind the couch, only coming out when coaxed with Chardonnay or Chocolate. Take time to have a “meet and greet” with your goals and dreams, and then take action in small but meaningful ways to work towards them.

8. Aside from your wedding day and birth of your children, Chief’s Pinning will stand out as one of the proudest days of your spouse’s life I know that might sound a little extreme, but I have heard this sentiment echoed by every Chief I have ever known. (And that number is growing every year.)  Watching my wife pinned by her father and in the company of her best friend and peers was the moment I really “got it”. We were fortunate to have the ceremony on the deck of the USS Missouri. Walking up the gangplank of this historical giant we boarded was a formidable bridge to feeling the solemnity and honor carried by those who served and sailed in these waters. It also brought my perspective into sharp relief as to how proud I was of my then fiancée. She beamed a smile of pride in this moment, knowing I was the witness that buoyed her sleep deprived spirits. This moment would not have been possible without my Dad buying me a ticket to Hawaii to visit her in a whirlwind 3 day journey. I’m so thankful I did. Looking back, this was a moment I was able to be there when it really counted! She had been tried, tested and found worthy to don the fouled anchors she dreamed of her whole career.
(Although I was not able to hold or kiss her in public as the other wives and girlfriends did, one year later and 2 days after the repeal of DADT, we attended Khaki Ball together and were welcomed with open arms.)

You will survive Chief Season and CPO 365, and don’t forget that you are not alone in all this. Whether you are a wife or husband of a Chief Petty Officer, an Officer, or an E1, you are a Navy Spouse, and we can all use a life saver. 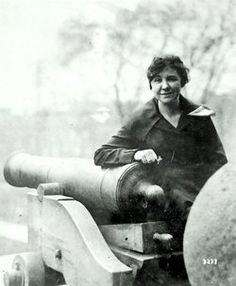 On 21 Mar 1917, Loretta P. Walsh became the first woman Navy Chief Petty Officer when she was sworn in as a Chief Yeoman. She served at the U.S. Navy Home at the Philadelphia Naval Shipyard, Philadelphia, Pennsylvania and left the Navy after her four-year enlistment. Chief Petty Officer Walsh died on 6 Aug 1925 and is buried at Olyphant’s St. Patrick’s Cemetery, Olyphant, Pennsylvania

Motherhood, Marriage, and Mayhem in the life of an adult with ADD.